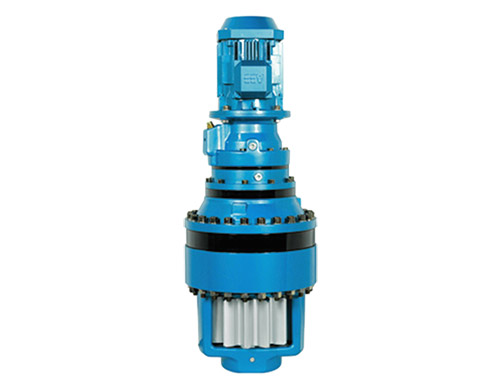 Brevini Motion Systems planetary gearboxes, manufactured by Dana SAC, are used on different part of wind energy plant: the rotor and the nacelle.

Our slewing planetary gear units from the yaw and pitch range are normally used to control blade pitch. The nacelle at the top of the tower is connected to the rotor and houses the gearbox, the electrical generator, the yaw system, and the control system. To make sure that the rotor axis is constantly aligned with the wind direction for maximum energy output, large wind turbines are equipped with a yaw system that allows the nacelle to adjust its position according to the direction and force of the wind.

Nacelle rotation is controlled by a yaw system, planetary gear unit with electric brake motor, which is one of Dana SAC UK’s most popular products. Each wind turbine must have between two and six gear units, depending on the size, and the motor can be electric or hydraulic. Two or three-stage gear units, combined with a worm gearbox on the input side, or four or five-stage gear units from the yaw and pitch drive series are normally used. Output pinions can be integrated or inserted.

Dana SAC UK is proud of its quality assurance policy, including the Type Approval Certificate from DNV.

Manage Cookie Consent
This site uses cookies. By continuing to browse the site you are agreeing to our use of cookies.
Manage options Manage services Manage vendors Read more about these purposes
View preferences
{title} {title} {title}