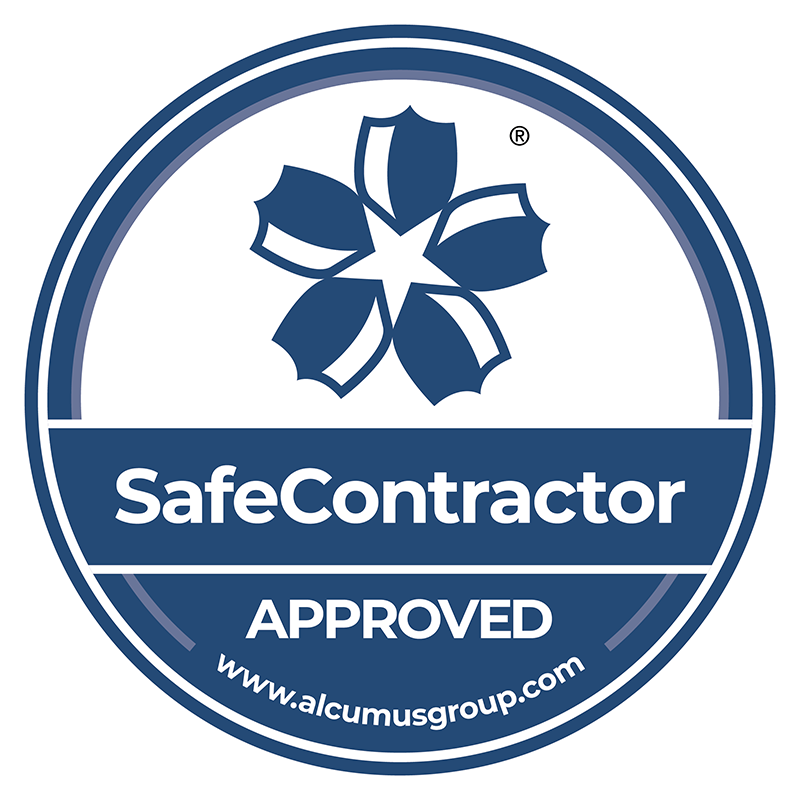 We are delighted to announce that our company has passed its safety audit and is now an accredited SafeContractor.

This means that our activities have been impartially examined and we have been found to be a safe, stable and ethical business to work with. Our Health & Safety paperwork is fully compliant with legislation and is securely stored.

In short, when working with us you can be confident you’re in safe hands.

Off-site commissioning for remote operation: the safe and efficient set-up of hydraulic controls for mobile applications

When Dana SAC UK were asked to specify and commission hydraulic controls, their engineers and sales team were all conscious of the impact of COVID-19 and how this affects working practices both now and for the future. And so, Dana came up with a novel solution: controls for a capstan winch that could be commissioned off-site and that can now be operated remotely. 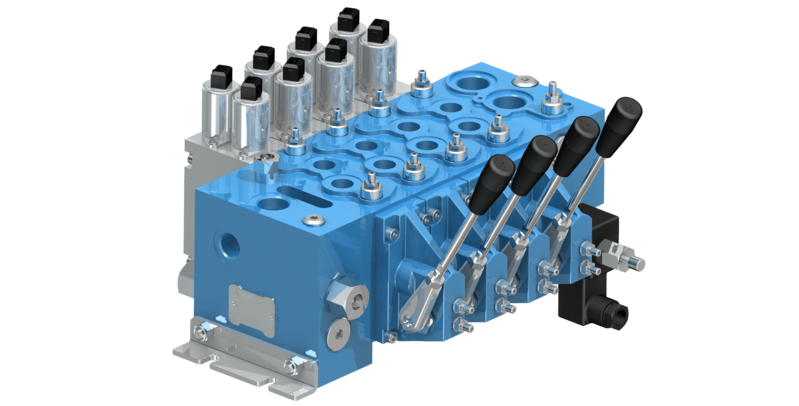 With O&M costs representing about a quarter of total-life costs for wind power plants, keeping gearboxes functioning properly is crucial to the successful and profitable running of any wind power project. Here, Andrew Baggaley, from Dana SAC UK’s service team, explains how they cut downtime and reduce customer costs, through their ability to refurbish and restore. 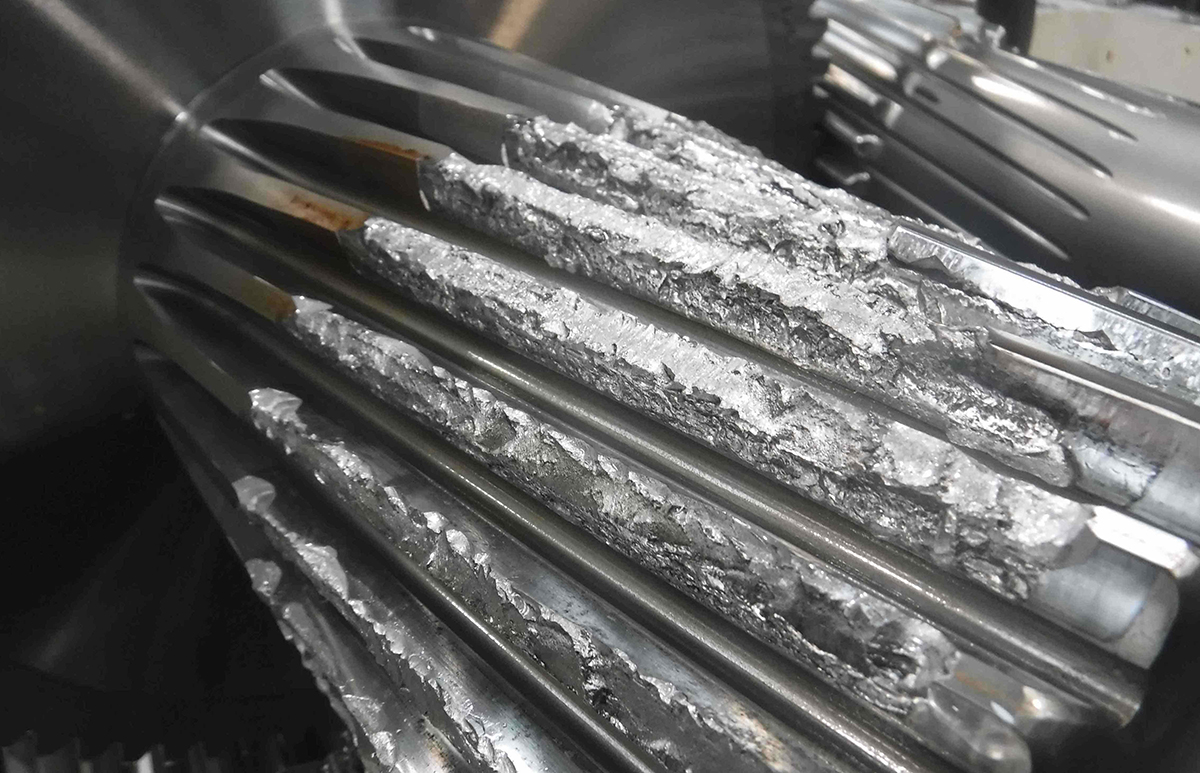 Dana have recently completed four refurbishment projects of the same gearbox type and same failure mode. These were interesting because the damage was particularly extensive, yet still worth repairing.

This specific design has helical gearing throughout. The case is partly mono block, making both strip down and gear wheel installation challenging. This is due to the risk of cracking the gear case when pressing the wheels off. Dana’s aim is always to investigate the potential for refurbishment, salvaging parts where possible and replacing parts where absolutely necessary. Andrew explains,

“Because we were able to inspect four units in the same period, we found them at varying stages of the same failure mode, enabling us to identify the point of initiation. The bearing pairs on the third line were being overloaded. The premature bearing wear had allowed misalignment with the preceding and following lines. Subject to how long the unit was continuing to run, the case bores and – ultimately – the second line wheel and fourth line pinion shaft respectively were also destroyed.” 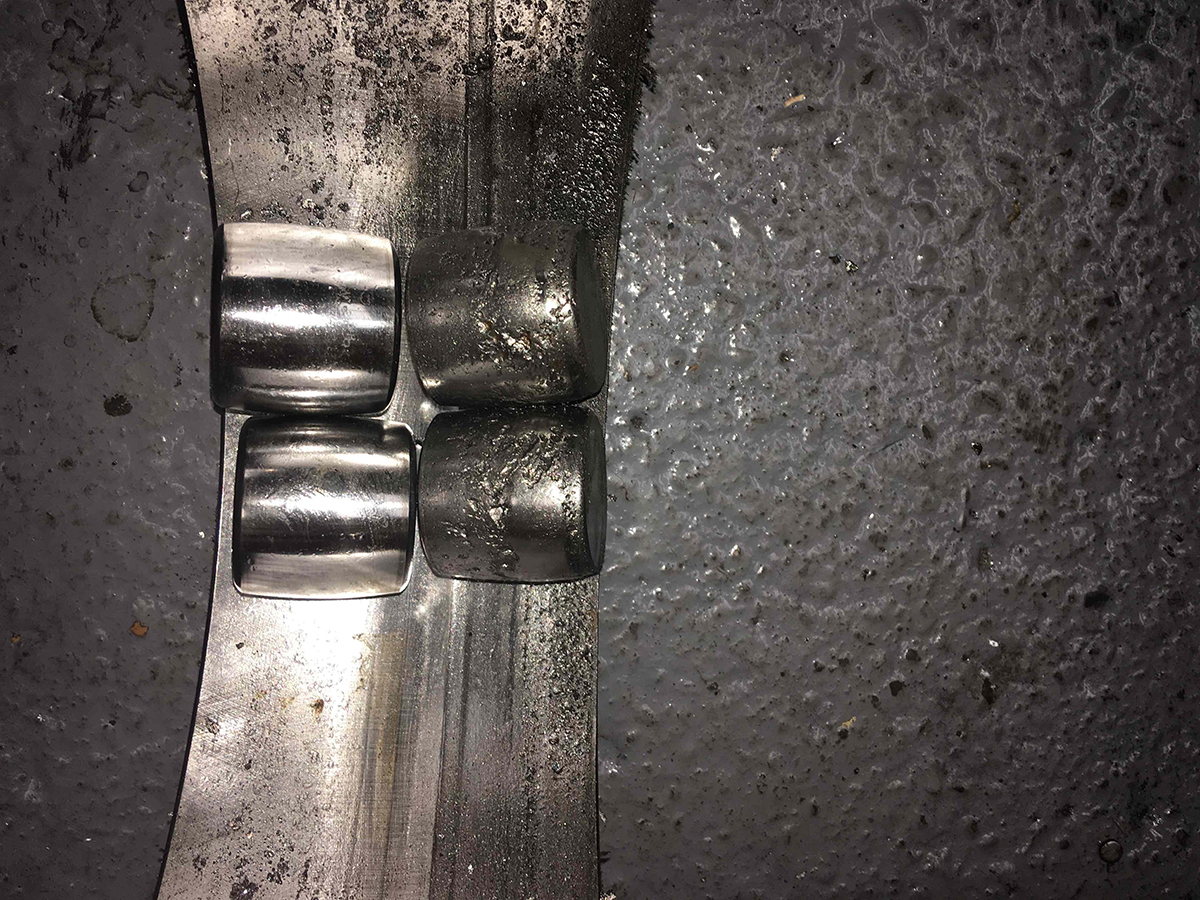 On further analysis, the prime contributor to the failure was found to be thrust overload, which could be seen from the asymmetrical bearing inner race wear, (always in the same direction). This had also worn the respective bores. Andrew explains the assessment,

“The gear case was set up and clocked on the horizontal borer. This confirmed that the general accuracy of the gear case was good – parts of both the bore pair were unworn giving us the original centrelines. Accordingly, the line could be re-bored oversize with a counter bore added for a Top Hat flange.”

“The low speed shaft interface was also damaged internally where it grips the Input shaft – unusually, the pick-up was caused at original installation when the parts were mated. While many high value components had been essentially written-off, we were keen to find out whether refurbishment was still practically and commercially viable.” 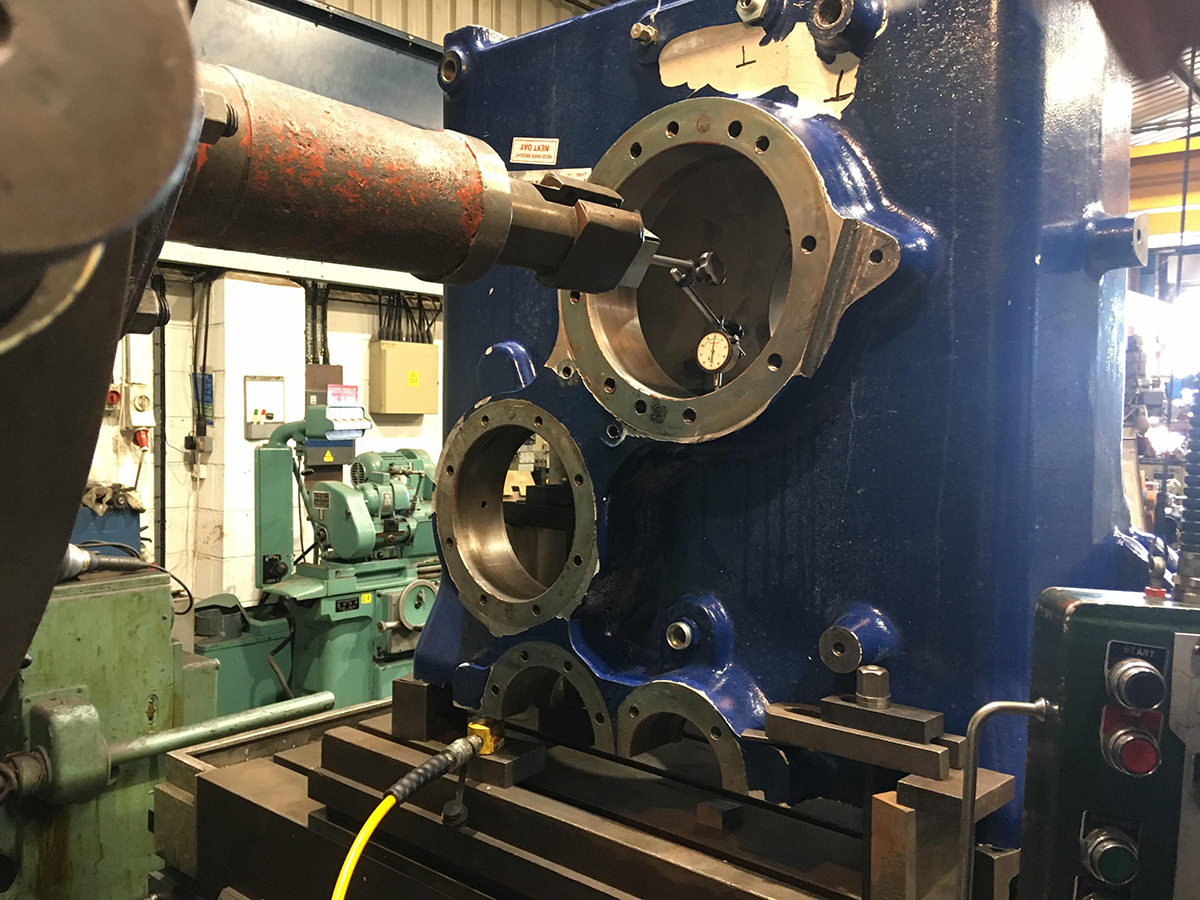 Dana’s servicing team undertook in-depth investigation, resulting in a detailed report, with fully-costed recommendations. Any damage that rendered parts unusable were illustrated and explained; reusable and replacement parts were clearly identified, allowing for accurate rebuild costs to be quoted. Any optional elements and additional recommendations were made clear to the customer.

The build and refurbishment – with new and existing parts – was undertaken by the service team. Bore liners were fitted prior to installing bearings and axial floats set, checked and recorded. As part of the test, paint and dispatch procedure, the internals were reset and gear contacts verified. The unit was spin tested with bearing temperatures monitored to ensure they plateau at an acceptable level. The lube system was also refurbished. These particular units were upgraded. An additional large area high efficiency filter together with a remotely monitored particulate sensor were added. The unit was tested with a throw away filter element, which was then replaced with new on completion ready for despatch. 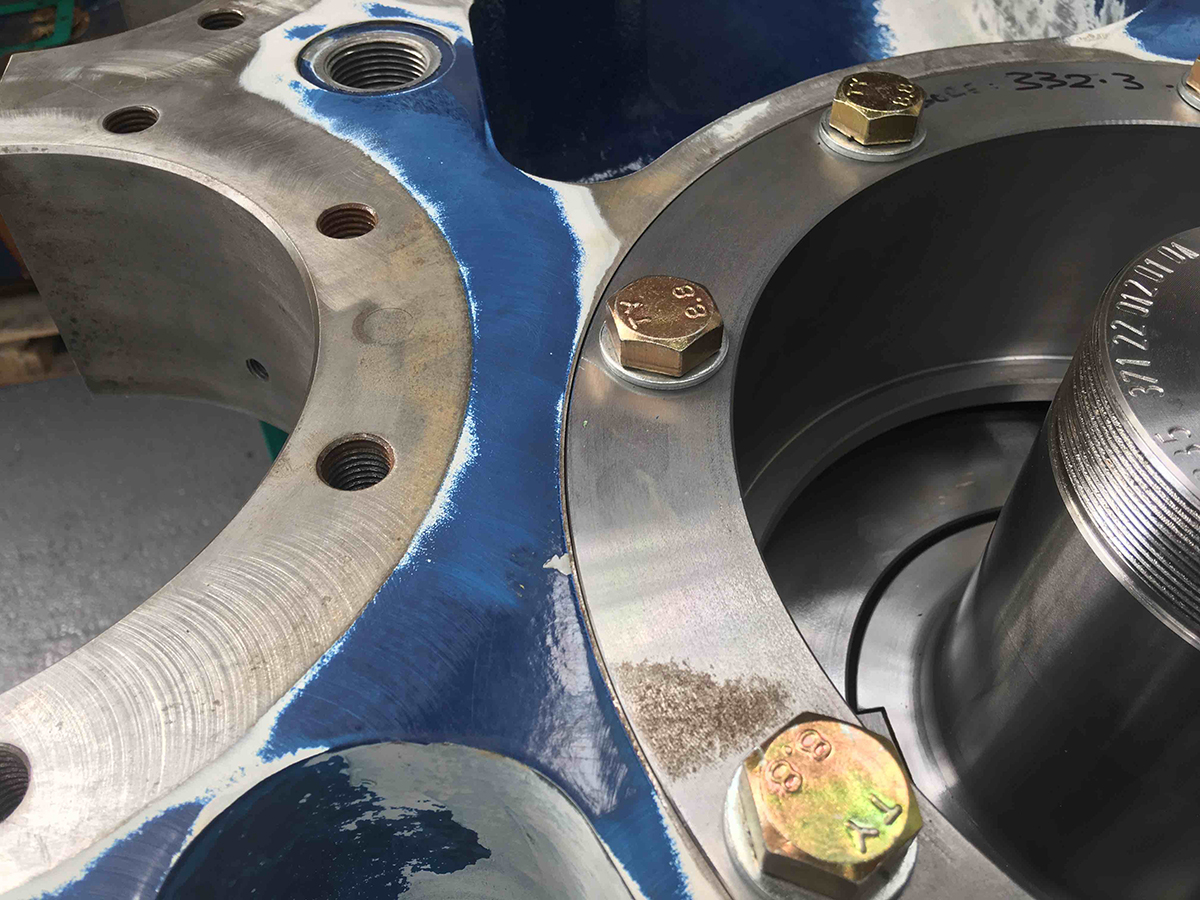 On completion of the project, Dana were able to return the unit ready to fit, demonstrating that refurbishment can be possible, even for extensive damage, and at less than half the cost of a new unit. With the choice between OEM gear parts or reverse-engineered items, costs to the customer could be further reduced and lead-time cut significantly. All reused parts were subject to NDT (magnetic particle inspection) and new parts and workmanship are covered by a 12-month warranty. Andrew comments,

“We have seen a number of these types of failure coming through to our servicing team and are confident in our approach which offers significant benefits to the customer. For this project, as with all work undertaken by our servicing team, we focus on minimising disruption and delay in the end use of the unit. Some of the issues uncovered at the investigation stage were potentially very expensive for the customer so our approach, reusing parts where commercially viable and practical, meant that we both kept costs to a minimum as well as avoiding unnecessary delays with the manufacture or delivery lead-time for new parts.

With more than 30 years combined servicing expertise, our team are experienced with main gearboxes from numerous manufacturers, up to approximately 1MW capacity (V52 size). Having serviced many of this type of gearbox, we’ve added value to some of the most badly damaged units that have been thought unsalvageable.” 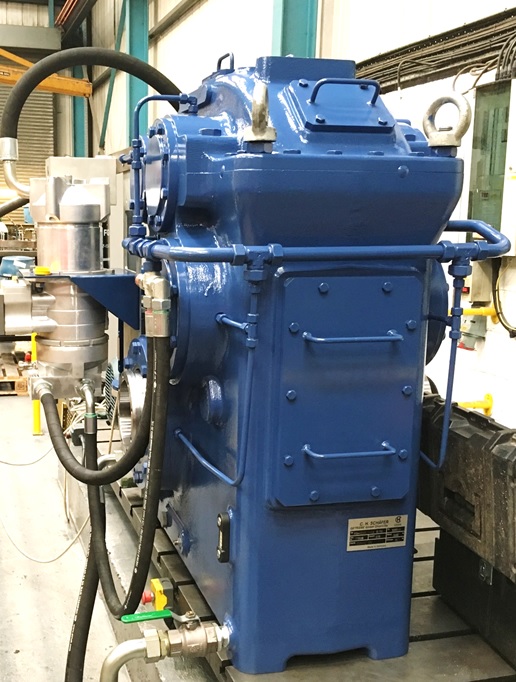 Mining Machinery Developments (MMD) approached Dana SAC UK to supply critical parts for their Atlas Transporter, the latest technology from MMD which enables heavy semi-mobile structures to be relocated in a safe and controlled manner. Transporters using Brevini Motion Systems components have now been delivered to the Mae Moh mine in Lampang, Thailand – a crucial asset which feeds the neighbouring Mae Moh Power Station. 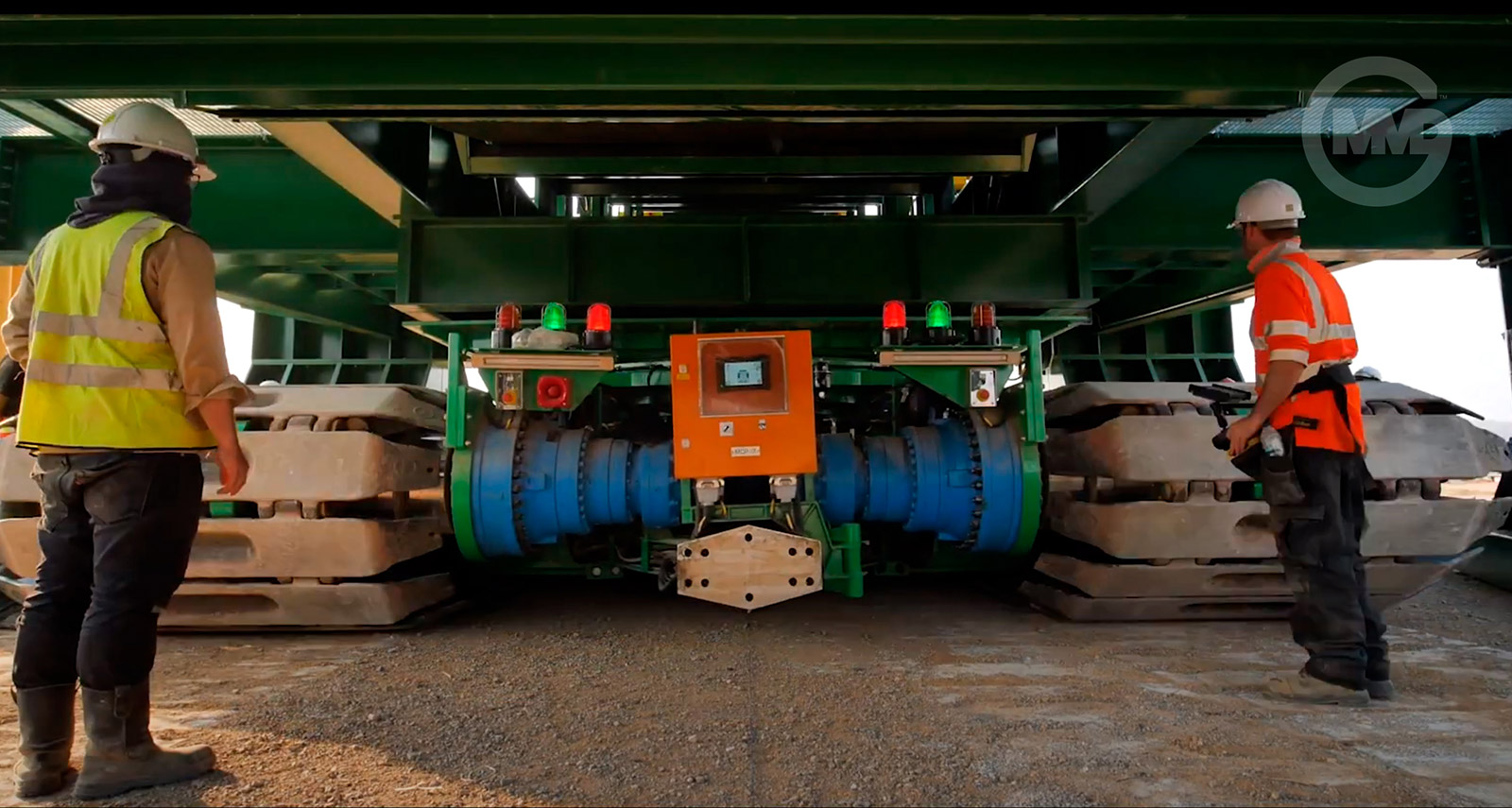 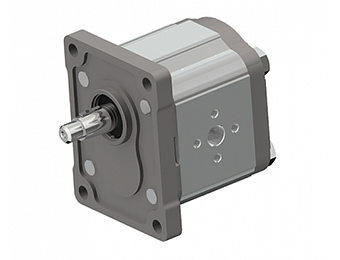 Dana SAC UK are now holding stock of our low-cost, reliable gear pumps at our Warrington base, with UK-wide mainland next day delivery. A vast range of products, used across numerous sectors, Dana’s pumps are relied upon by many automotive and mobile customers and are commonly found fitted directly to engines with power-take-off (PTO) for hydraulic functions on lorries, crop sprayers and agricultural machinery, as well as for hydraulic filtration and cooling circuits and hydraulic power units (HPUs).

Thanks to their construction, our pumps can be used in heavy working conditions and allow the transmission of high hydraulic powers. They also offer very good mechanical and volumetric efficiencies, a low noise level and limited weight compared with the transmittable power.

Dave Brown, sales manager at Dana SAC UK, explains the rationale for this latest investment in on-site gear pump stock,
“Looking at how we could best respond to or customers’ requirements, we decided that stocking gear pumps on site would bring real benefits, particularly helpful for prototyping. This means we can help with fast turnaround for quick prototyping, where the final specification can be finessed later on – saving time and money. This is an area of work where we have extensive expertise, and we are currently helping customers with prototyping for mini-dumptrucks, wood chippers, access work platforms and cherry pickers, as well as skimmer machines for oil spill containment.”

One company which harnessed Dana’s prototyping and gear pump expertise is Tevva, the company behind the ‘World’s Greenest Truck’, the innovative electric truck which provides zero emissions for more than 150km and is driven by Dana’s OT Series gear pumps, which offer up to 90cc/rev. Read the case study here 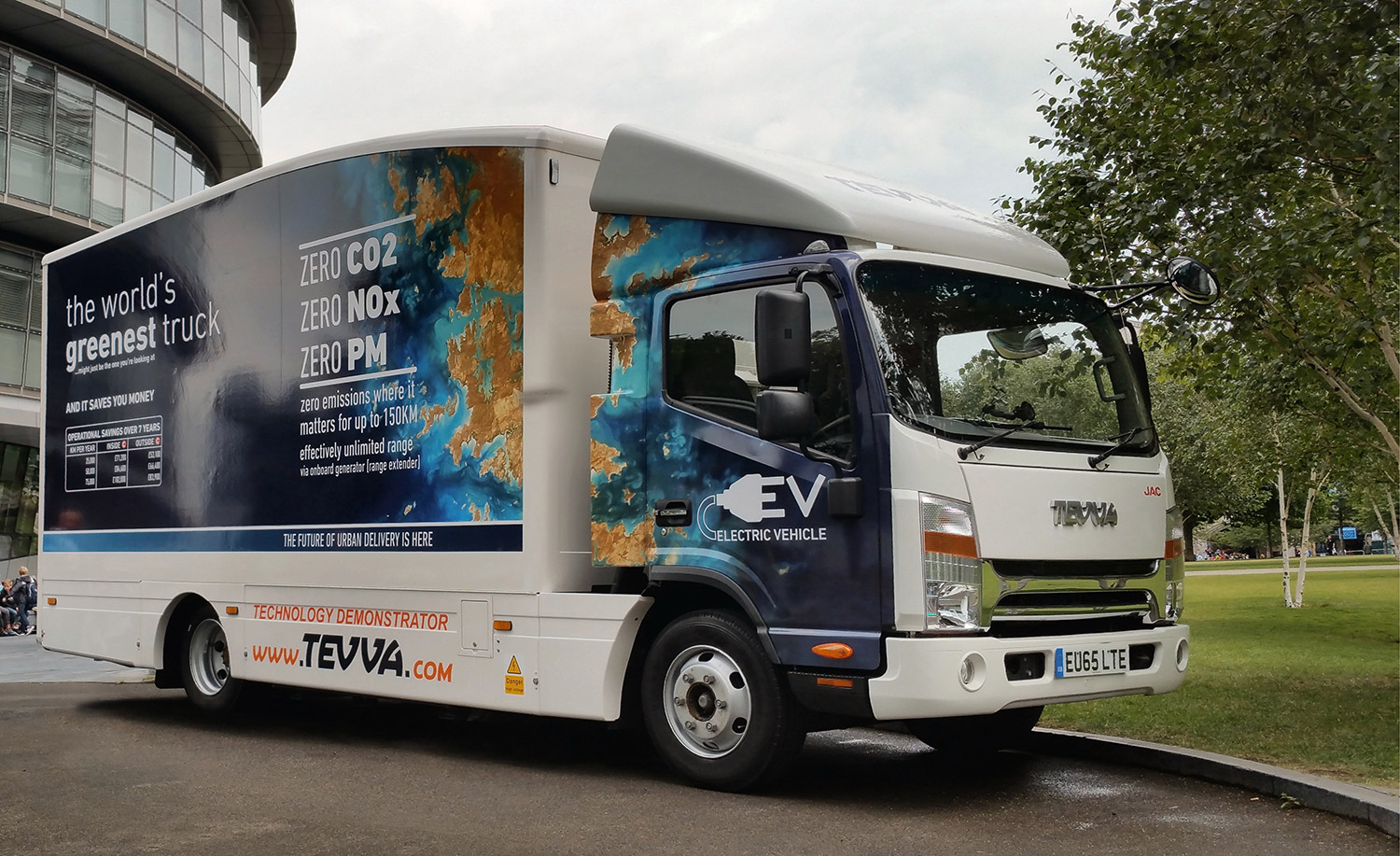 The new on-site gear pump stock will also benefit customers across all industrial applications where a last-minute requirement and a rapid response and supply can help solve business-critical issues, reducing potential downtime and associated costs.

Running highly practical courses for technicians and engineers, when NFPC needed to expand facilities in their practical laboratory, Dana SAC UK supplied them with 16 new Brevini Motion Systems orbital motors to support specialist training and development for engineers across the UK. 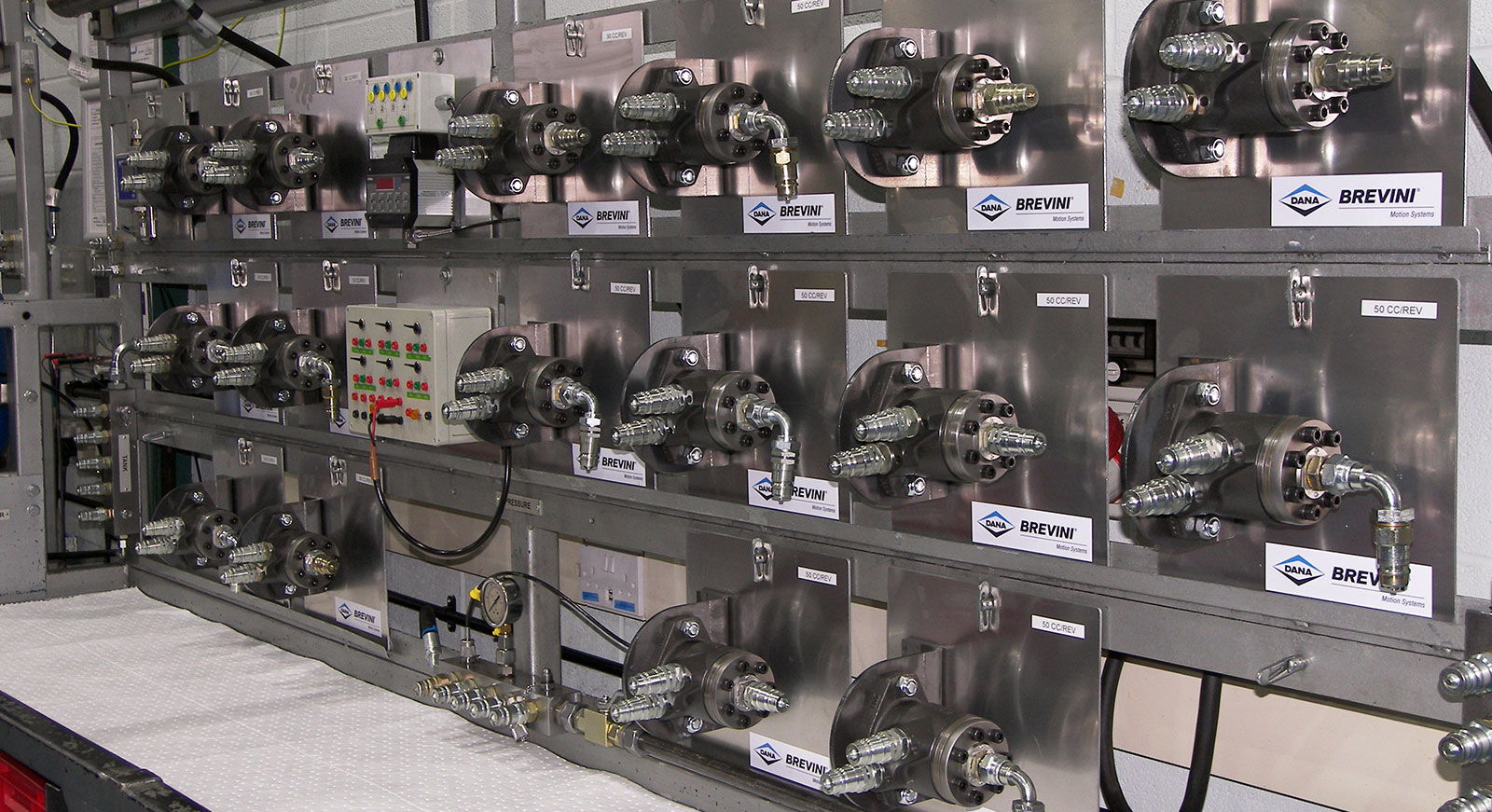 Repair and refurbishment: the value of Dana’s combined approach for the construction industry

Working across sectors as varied as quarrying, marine and food manufacturing, Dana’s servicing team’s 30-plus years of engineering expertise means time- and cost-savings when it comes to critical machinery repair and refurbishment. Here, Andrew Baggaley gives an overview of Dana’s approach to one project for the construction industry.

Image 1 – General arrangement of the unit

Responding to market demands, Dana have invested significantly in Brevini® hoisting winches, making a range of products available for fast delivery to customers in the UK and Northern Europe.

Brevini® hoisting winches available from stock now include 10 design variants, with hoisting capacities from 0.4 to 6.0 tonne. All stock winches are marinized, with C5MH paint and marine seals as standard.

Dave Brown, sales manager for Dana SAC UK, commented on the new initiative,
“We have an excellent record for customer retention, and listening to our customers is key to this. It became apparent that there are projects where a fast turnaround on winch supply is needed – and this is across all the sectors we work in, whether construction, marine, materials handling and other industrial or mobile applications. While many companies aren’t in a position to keep a vast range of products in stock, I’m delighted that Dana are investing in the European market, to make it that much easier for us to meet our customers’ requirements. Brevini winches have long been selected by customers based on their quality and reliability, and this new initiative will help confirm us as supplier of choice within the market.” 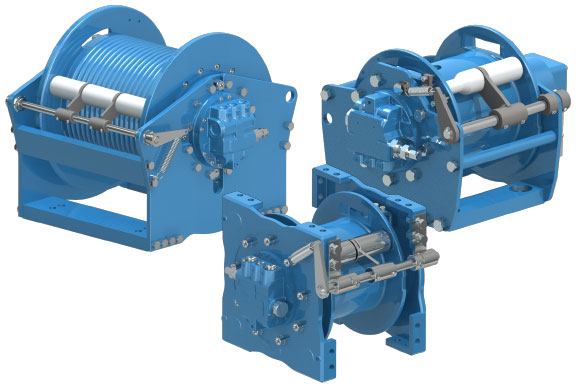 Providing a road and pedestrian link in Canary Wharf, London’s newest moveable bridge is a feat of engineering and architecture, supported by hydraulic cylinders from Dana SAC UK, allowing large vessels to pass through and keeping Thames’ commerce flowing. 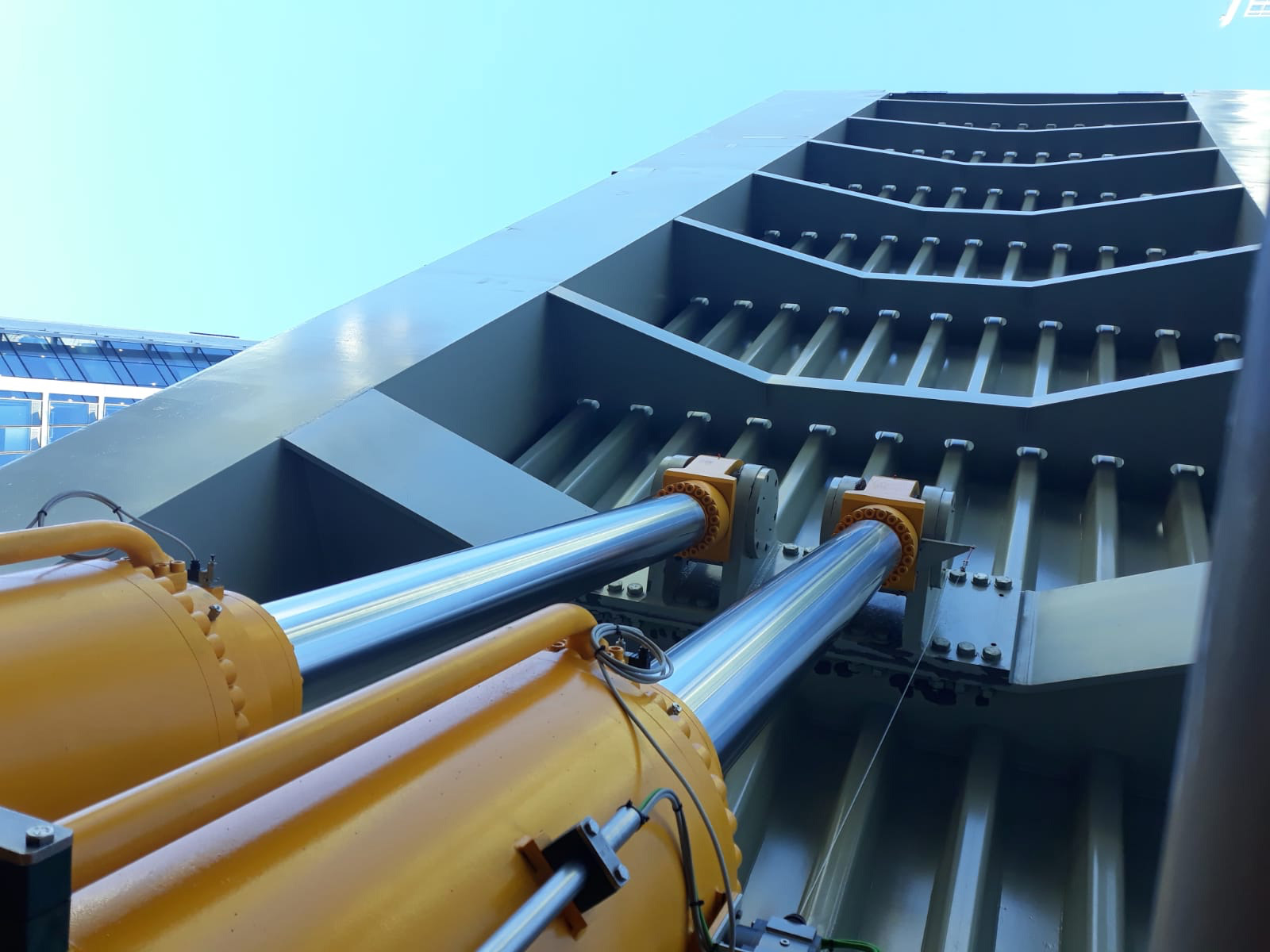 Bridge deck raised, to allow large vessels to pass through

Now in its final stages of testing and ready for launch onto the market this year, Macgregor’s fibre-rope subsea crane is set to deliver some of the most significant advances the offshore load handling market has seen in years. A retrofit modular system, developed by Macgregor and utilising fibre-rope tensioning technology perfected by Parkburn Precision Handling Systems, the patented capstan winch at the heart of the system is powered by Brevini® Motion Systems gearboxes from Dana Inc. 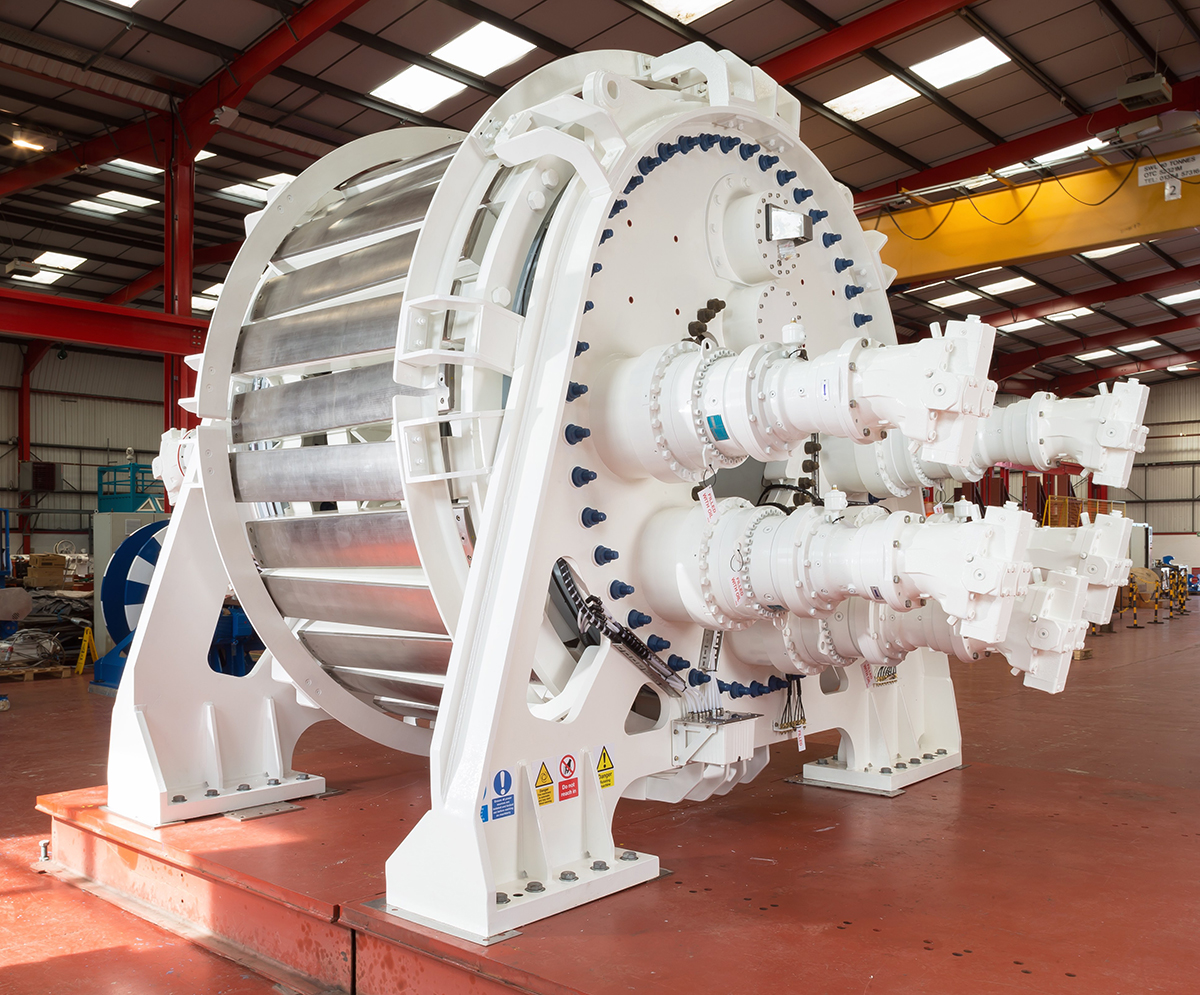