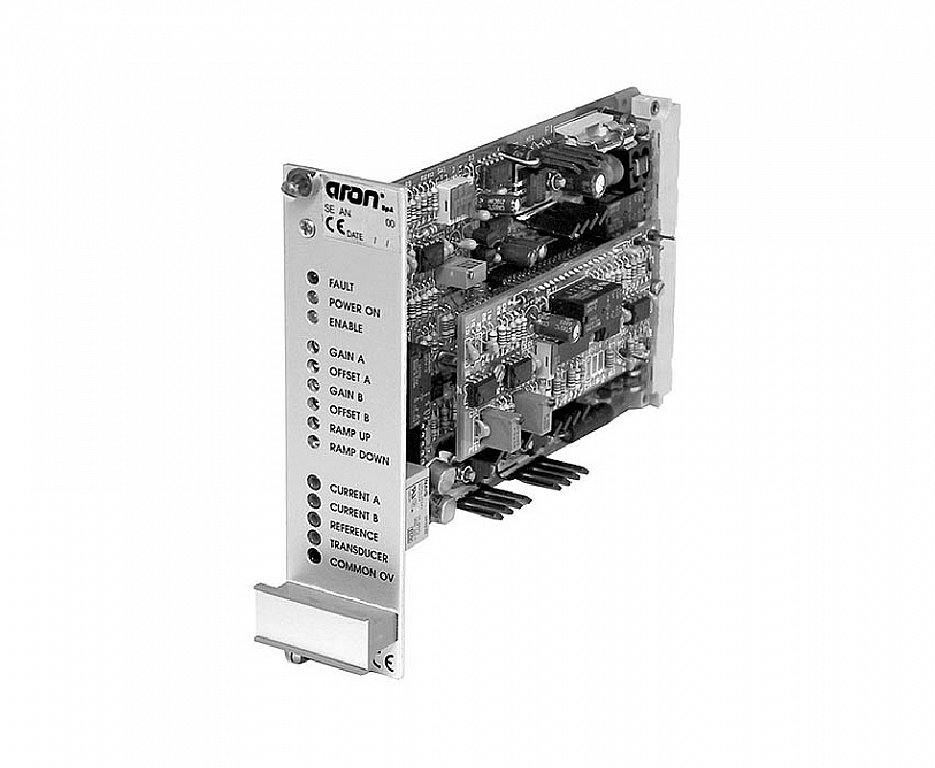 The electronic cards type SE.3.AN.21.RS…serie 3 have been planned for controlling single and double solenoid proportional valves XDC3….serie 2 equipped with position transducer type LVDT.
The card has a EUROCARD format for being assembled on a connector type DIN 41612 D 32.

The output stage operates on the basis of the Pulse Width Modulation (PWM) and is subject to the current feedback so that it is possible to obtain an output solenoid current directly proportional to the input signal. The regulator is supplied with standard calibration for proportional valve control. The card is equipped with a control module type PI which compares the reference signal with the position transducer signal: the eventual error is used to optimize the regulation. It is possible to carry out further regulations by operating on the relative trimmers placed on the frontal panel.

Manage Cookie Consent
This site uses cookies. By continuing to browse the site you are agreeing to our use of cookies.
Manage options Manage services Manage vendors Read more about these purposes
View preferences
{title} {title} {title}